It doesn’t take much to be charged with domestic violence. In fact, even if police officers merely suspect that domestic violence has occurred, they are mandated by law to take the alleged perpetrator into custody with charges of domestic abuse.

However, being charged with domestic abuse and actually being guilty of it are two completely different things. For example, according to a study from Stop Abusive and Violent Environments (S.A.V.E.), 80% of abuse claims are false.

Indeed, the fact that false allegations of domestic violence are so common makes it incredibly disturbing that the life of the accused can be ruined without cause.

Here, we’ll explain domestic violence charges in detail according to California law, and share common strategies for fighting back – and winning – in the courtroom.

What is domestic abuse in California?

In a nutshell, domestic abuse involves acts of violence by one family or household member towards another.

While the domestic violence cases that receive a lot of media attention tend to include instances of brutal violence, that is not the truth for most cases. In fact, slight physical touching can often be more than enough to trigger charges.

In addition. even if the alleged victim of the abuse has a change of heart and decides against pressing charges, an arrest by police is still mandatory for suspecting the occurrence of domestic abuse,

What types of charges are included in domestic abuse?
This area is not so cut-and-dry because, as stated above, the range of charges is vast.

Domestic battery
Defined as “…any willful and unlawful touching that is harmful or offensive,” domestic battery is addressed in Penal Code 243 (e). Often referred to as “spousal battery,” there’s no requirement for actual physical injury to the alleged victim.

Defenses for this charge include:

Under California law, domestic battery is a misdemeanor, and carries potential penalties of up to 1 year in jail, fines up to $2,000 – or a combination of the two.

Traumatic injury
This charge, which can be prosecuted as a felony and is covered under Penal Code 273.5, involves an actual bodily injury. For this, possible penalties include up to four (4) years imprisonment and fines up to $6,000.

Defenses for this charge include, but aren’t limited to:

Child abuse
Addressed under Penal Code 273d, this charge is a felony for causing injury – however slight – to a child. Possible penalties for this charge include prison time of two (2), four (4), or 6 years, and a maximum fine of $6,000.

Possible defenses for this charge can include:

This is a misdemeanor charge, and carries up to six (6) months in jail, a possible fine of up to $1,000 – or a combination of the two.

Effective defenses for this charge include:

Elder abuse
Alleged victims of this crime are persons 65 and older. Covered under Penal Code 368 PC, it can include physical or emotional abuse, neglect or financial exploitation. This is a “wobbler” charge – which means it can be handled as a felony or misdemeanor, depending upon the degree of harm.

For this, you can face between three-to-five (3-5) years in prison and hefty fines.

Possible defenses for this charge can include: 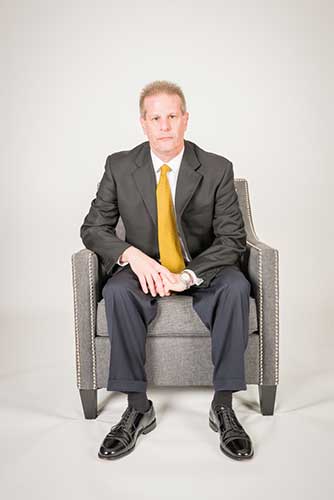 Among the common reasons someone would have for making false domestic violence charges are the alleged victim is:

Reasons for this include domestic abuse charges being treated as crimes against the State and assumptions that the alleged victim is afraid and is actually trying to protect the alleged abuser.

How can I be cleared of domestic abuse charges?
First-off, you must be fully engaged. Charges like this have the potential to harm your quality of life for years to come, including affecting your ability to find employment, housing and your chances for receiving favorable child custody rulings.

But you definitely have options.

The best way to take full advantage of those options is to leverage the expertise of a skilled defense lawyer who has the experience and knowledge of every possible line of attack to clear your name.

This is dependent upon you working closely with your lawyer, however, so that a careful investigation can reveal potential strategies for defense, including:

If there is a conviction, however, it is possible to have a conviction expunged – especially if your were charged with a misdemeanor or haven’t previously served time in state prison.

If you or a loved one is facing domestic violence charges in Riverside or the Los Angeles area, call Sharp Criminal Lawyers.

A conviction for domestic violence in California is very serious, and can negatively impact your life in a host of ways.

But it doesn’t have to be that way.

The best defense is a good offense, and the experienced criminal defense attorneys here at Sharp Criminal Lawyers will aggressively fight to clear your name and keep your record clean.