Even though owning a firearm is legal in certain circumstances, there are few issues that generate more heated discussion. While your rights to own and bear a firearm are protected by the U.S. Constitution, each state has its own laws regarding how it regulates the possession of firearms.

California, for example, has a well-earned reputation for having the most strict gun laws in the country.

Because California firearms and weapons laws are packed with restrictions, we’ll go into detail here with what’s legal, what’s not, what can happen to you if you run afoul of California gun laws, and share successful strategies for defending yourself against a weapons charge.

What firearms are legal to buy in California?
Essentially, it’s legal to buy and own most handguns (pistols) and long guns (rifles) in California. A good resource to see exactly which models are not legal is the California Attorney General’s Office.

Among those that are generally not legal to possess include semi-automatic weapons, short-barreled rifles and shotguns, and guns with high-capacity magazines – which are defined as magazines being able to hold more than 10 rounds.

Other guns and gun-accessories that are not legal to own in California include:

What’s the process for buying a gun in California?
For starters, there are a number of requirements and limitations on who can purchase and own a gun, and how it may be obtained.

Also, you can’t legally buy or transfer a gun privately. Rather, all gun sales and transfers are required to be made through a licensed California gun dealer. Additionally, you’ll have to wait 10 days from the date of the gun purchase or transfer until it is actually released to you.

Before you can legally purchase a gun in California, however, you must take and pass a safety test to receive your Firearm Safety Certificate, which is required and must be presented to the gun dealer when the purchase is initiated.

Is there a limit on how many guns I can buy and possess in California?
While there’s actually no limit in how many handguns you can own, you generally can’t buy more than one handgun per one 30-day period.

How must I store my guns?
California law says that its criminal to store a loaded firearm in a place where you know – or should know – that a minor (someone under 18) can gain access to it. In fact, California gun dealers are required to post warning signs to all their customers about this law.

However – and this is important – there are a number of exceptions to this law. Among others, you are not guilty of a crime if the minor obtained the gun through illegal entry or that you had no reason to believe that a child may be on the premises.

Can I carry my gun in my vehicle in California?

Yes, you can, but there are restrictions. The law says that you can legally have your handgun in your vehicle as long as its unloaded and locked either in your trunk or a locked container. The locked container can be one that is secured by padlock, key lock or combination lock.

While shotguns and rifles aren’t required to be kept in a locked container, they must remain unloaded while in the vehicle.

Can I carry a gun in public in California?
Only if you have a Carry Concealed Weapons (CCW) license. If you don’t have a CCW, it’s against the law to carry either a loaded or unloaded weapon in public.

What’s the process for getting a Carry Concealed Weapons license in California?
Your county sheriff’s office is responsible for issuing Carry Concealed Weapons licenses in California. Be aware, however, that obtaining a CCW license is not an automatic thing. Law enforcement personnel have “broad discretion” in determining whether or not someone will actually be granted a CCW.

For example, before a CCW license can be issued:

How long are Carry Concealed Licenses valid?
Each license is valid for up to two (2) years from the issue date.

What’s the best or safest way to handle a gun?
If you possess a gun or plan to in the near future, it’s definitely in your best interest to learn the safest rules for handling guns, which include:

Are there places in California where it’s illegal to bring a gun?
There are a number of places where it’s illegal, including public schools, public and private colleges, and public buildings (court houses, legislative offices, post offices, etc.). 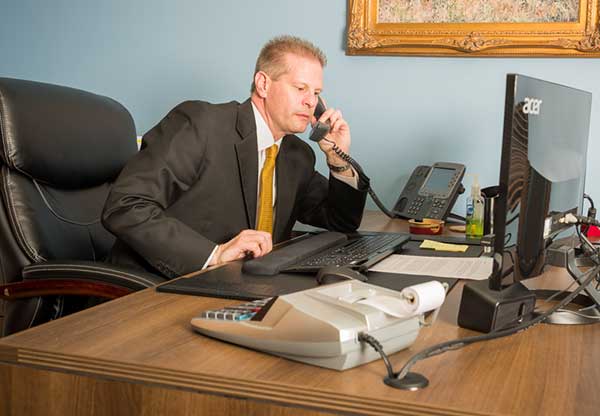 What weapons charges are most common in California?

With such strict laws in regards to guns, it’s understandably easy to run afoul of the law – either knowingly or not.

The more common weapons charges in California include:

What are the potential penalties for weapons charges?
Keep in mind that each case is unique, but based upon our experience, the penalties resulting from a weapons charge can be severe.

First off, if you have a gun on your body while committing a crime – even if the gun is legally possessed – you’ll be facing sentencing enhancement, which means that you could be facing additional jail time.

As to other weapons charges, it’s up to the judge to determine if you’ll be charged with a felony or misdemeanor. Things that can influence the judge’s decision include the type of weapon, your intent with the weapon and whether or not you have any previous criminal offenses.

If your case is deemed to be a felony, you could be sentenced to one-to-twenty (1-20) years in a California prison. Again, the individual circumstances unique to your case will play a large factor in the length of any possible sentence.

What are effective defenses for weapons charges?
If you’re facing weapons charges of any kind, it’s imperative that you contact a skilled criminal defense lawyer as soon as possible.

Among the more effectively successful defense strategies for weapons charges are:

If you or a loved one is facing weapons charges in Riverside or the Los Angeles area, call Sharp Criminal Lawyers.

We’ve earned our reputation for providing successful, and winning, courtroom defense strategies based upon our reputation in the courtroom. Stephen Sweigart has obtained countless not guilty verdicts in every courthouse in Riverside County.

Whether you believe you may be guilty of the accusations or not, your chances for a successful defense against weapons charges increase tremendously the moment you get in touch with us here at Sharp Criminal Lawyers.

Please do not speak to the police until you have spoken to an experienced criminal defense attorney so we can protect your rights, including your right to remain silent. Call us 24 hours a day, 7 days a week for free legal info by phone at 951-777-1111.