DUI and DWI Defenses in Riverside and Los Angeles 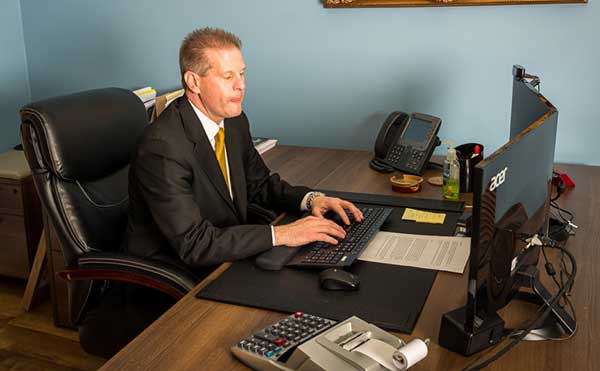 Being charged with DUI or DWI, however, is a far cry from being convicted. Every day, people are wrongly accused of crimes, including DUI and DWI, and face penalties far more severe than what is deserved.

This definitely does not have to happen to you. By leveraging the skills and expertise of a defense lawyer skilled in California DUI and DWI law, and with a history of successfully defending those and associated charges, you’re in a much better position to walk away with your charges being dropped altogether or, at the very least, having your penalties significantly reduced.

What’s the difference between DUI and DWI?
The law addressing driving under the influence of alcohol and drugs is Vehicle Code section 23152.

Generally speaking, the term DUI means driving under the influence of either alcohol or drugs, or both. Interestingly, the word “drugs” includes illegal as well as legal prescription medication and over-the-counter drugs.

DWI, meanwhile, refers to driving while intoxicated, usually, by alcohol.

When am I considered to be impaired?

About alcohol, California law has a zero policy about operating a vehicle if you have “0.08% or more, by weight, of alcohol” in your blood. The alcohol in your blood is measured in terms of Blood Alcohol Content (BAC).

As for how alcohol is thought to impair your ability to drive, consider this breakdown:

Driving Under Influence of Drugs
California law defines a drug to be practically any substance that can impair your ability to drive a vehicle. That includes illegal drugs as well as legally prescribed medications and over-the-counter drugs.

The phrase to remember is “under the influence.” Since we’re all different, there appears to be no threshold of amount to determine conclusively whether or not someone is truly “under the influence.” Instead, the amount just has to be enough to result in you being impaired to the point of not being able to drive a vehicle with the caution and care of a person who is sober.

Do I have to submit to a DUI/DWI test if I’m pulled over by police?
It actually depends on the type of test police want to conduct. If you are asked to submit to a breath, urine or blood test, you’re obligated to do so.

That’s because by simply driving a vehicle in California, you’ve given police officers “implied consent” to testing of your breath or blood. If such a test is not possible at the time, police can test your urine. In most cases, you’ll have the option of deciding between either a blood or breath test.

Just before it became legal to purchase and consume recreational marijuana in California, many law enforcement agencies deployed a new mouth-swab device that tests for marijuana and other drugs. Before that, a marijuana breathalyzer became a popular testing method for police.

Field Sobriety Tests; Avoid Them At All Costs
Field sobriety tests, however, are another matter entirely. They are 100% voluntary, and you should never partake in one. The accuracy ratings for either of the three (3) main field sobriety tests (eye test, walk-and-turn, and one-leg stand) are notoriously poor.

What are the penalties for DUI or DWI in California?

Whether you’re charged with being under the influence of either alcohol or drugs, the penalties are essentially the same, and depend on how the case is prosecuted and whether or not you have a history of such charges.

Keep in mind that charges of DUI and DWI can be treated as a misdemeanor or a felony.

If you are charged with a felony DUI, you could be facing either sixteen (16) months, two (2) years or three (3) years in the California State Prison; loss of your driver’s license for four (4) years; and up $1,000 in fines.

What are examples of successful defenses to DUI/DWI charges in California?

Again, being charged and being actually convicted are two entirely different things. To ensure you’re positioned for the best possible outcome in your situation, having on your side a defense lawyer skilled in the way California DUI/DWI law works is by far your best bet for having your case cleared or having the penalties severely lessened.

Here’s a sampling of common and effective defenses to charges of DUI and DWI.

If you’ve facing charges for a DUI or DUI Drug violations in Riverside or the Los Angeles area, call Sharp Criminal Lawyers immediately.

If you are convicted of a DUI charge, you could be facing jail time, a suspended driver’s license, fines, classes, and more. Many times a DUI conviction can jeopardize your ability to work or take your kids to school.

By hiring an attorney skilled in defending all DUI charges, you’re in a much better position to increasing your chances at a favorable outcome. We will walk you through the entire process and make sure your rights are protected. We want to help you get your life back on track. We accept many DUI cases with an affordable payment plan so you can afford to hire the best representation possible.